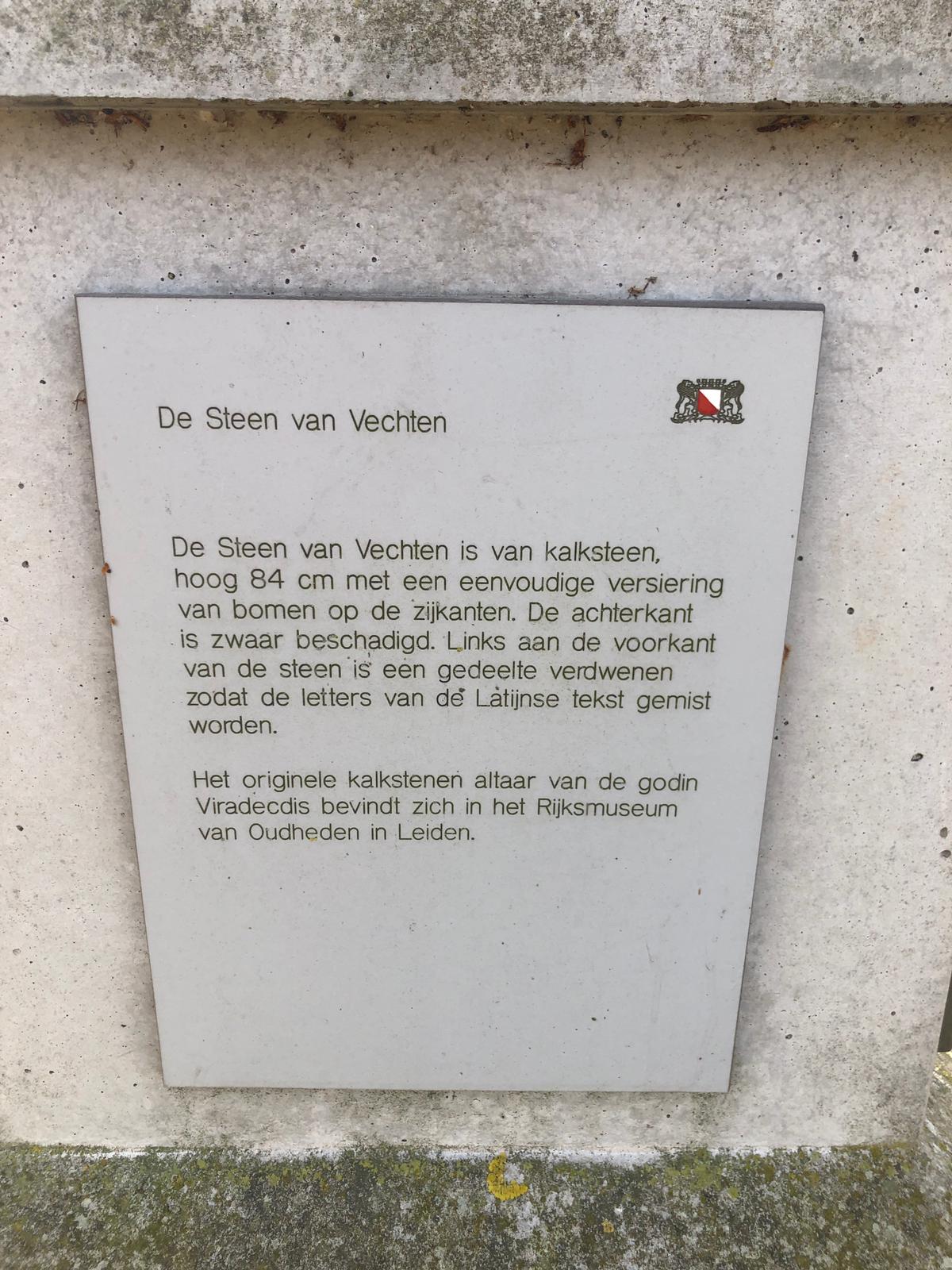 Posted on December 29, 2020No Comments on Vechten’s Stone

Vechten’s Stone is made out of limestone, 84 cm high and has simpel decorations of trees on the flanks. The back is heavily damaged. On the left side of the front end a part of the stone is missing, causing some of the letters of the Latin text to be missed. The original limestone altar […] 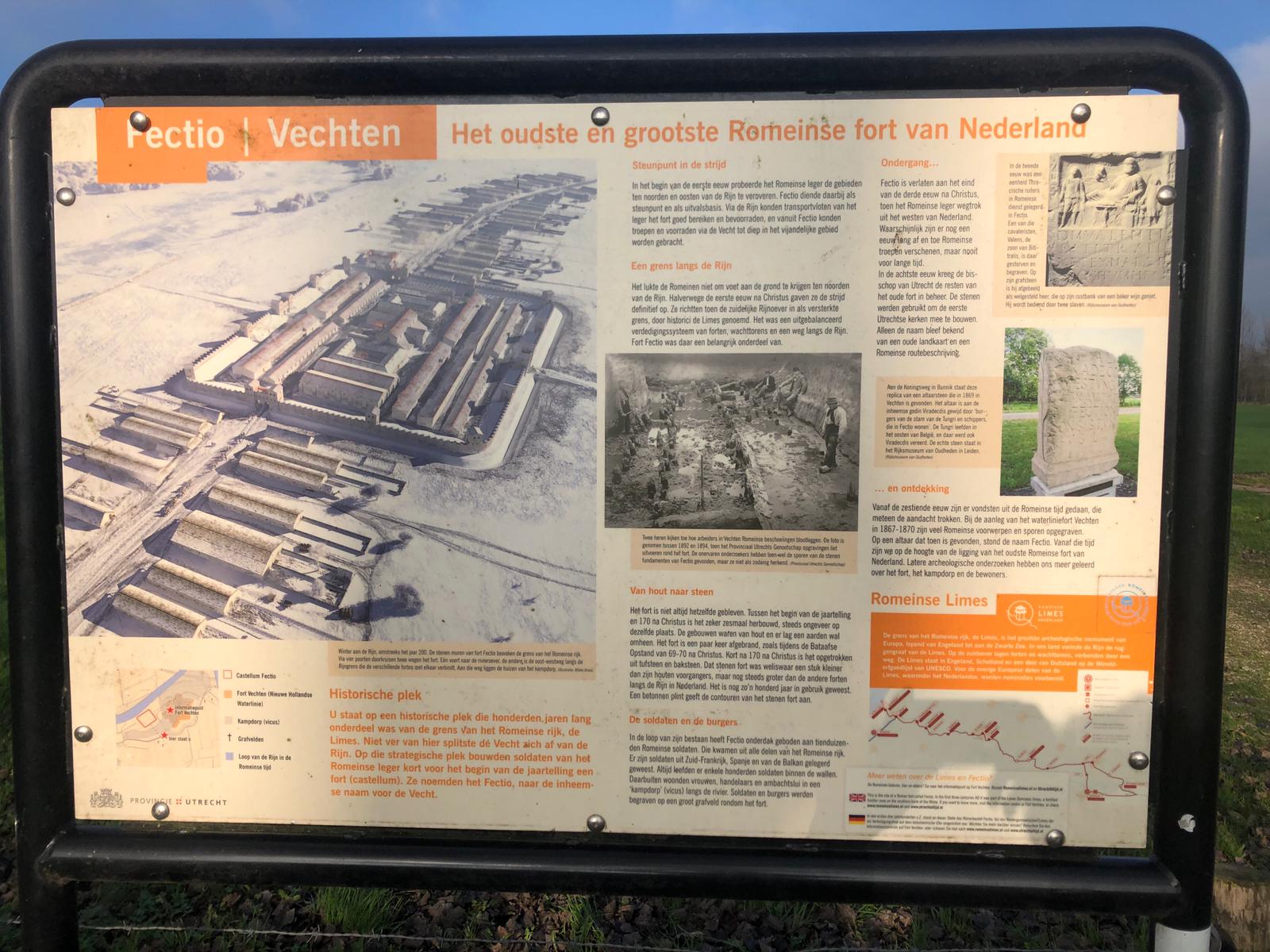 The oldest and largest Roman fortress in the Netherlands. Historic Place You are on a historic site that was part of the border of the Roman Empire for hundreds of years, the Limes. Not far from here, the Vecht split off from the Rhine. Shortly before the beginning of the common era, the soldiers of […]